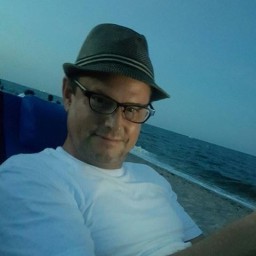 In this Cardano ADA review we want to call your attention to the new kid on the blockchain - Cardano (ADA). Having just celebrated it's third anniversary, it is swiftly making its reputation in the crypto world.

“Cardano (ADA) is a third generation blockchain that aims to address the interoperability, scalability and decentralization challenges”

To get a better insight into this cryptocurrency and its supported platform, let us get started with a Cardano ADA review.

Cardano (ADA) is a third generation blockchain that aims to address the interoperability, scalability and decentralization challeges faced by all cryptocurrency platforms.

For mass adoption of cryptocurrencies to occur, it is necessary to remove the technological barriers limiting their growth. Cardano (ADA) has a unique and creative approach to each one of these problems.

Let's take a look at what truly sets Cardano (ADA) apart from its peers.

Interoperability is a measure of how well a cryptocurrency network can interconnect with other cryptocurrency platforms. This is an area where Cardano outshines many of its competitors.

From day one, Cardano engineers have developed sidechain protocols to allow easier interaction between cryptocurrency platforms. For example, one could use Bitcoin, Ripple, and Ethereum on the Cardano platform efficiently and without having to sell their assets on an exchange in order to utilize ADA or the Cardano platform.

As with any new technology, ease of use can be deciding factor in adoption. Cardano (ADA) seems to have recognized and addressed this principle by making the Cardano ecosystem inclusive towards other crypto platforms.

Speed -They are Building a Ferrari

When writing this Cardano ADA review, we discovered that one of the biggest challenges cryptocurrency faces is scalability, or the capacity a crypto platform has to handle large volumes of transactions.

Currently, Cardano processes around 250 transactions per second which is several times higher than the Bitcoin network. However, this does not come close to touching the capabilities of existing credit card and banking networks.

“Cardano processes around 250 transactions per second which is several times higher than the Bitcoin network.”

To address this issue, Cardano engineers are developing side and parallel blockchains. These systems are projected to increase Cardano’s transaction capabilities to 5000 or even 10000 transactions per second. Faster than many existing credit card transaction systems.

At the core of Cardano’s scalability solution are two layers, namely "Settlement Layer" and "Computing Layer." This design allows cryptocurrency transactions and smart contracts to operate simultaneously without affecting the performance of either function.

The settlement layer serves the accounting functions of ADA like sending and recording transactions, while the computing layer is designed to execute smart contracts. Other first and second generation blockchains run both these functions on one layer which vastly decreases efficiency.

Decentralization - They Are Paving the Way

Decentralization refers to how well a network functions independently of a centralized governing entity. Centralized networks such as Ripple and Stellar Lumens operate under the authority of one governing body.

This makes them similar in operation to existing banking and financial entities, and many believe, in conflict with the original egalitarian ideals behind the development of cryptocurrencies.

Decentralized networks like Cardano, allow the members of the network to govern any and all issues that affect the network.

“Unlike Bitcoin, it does not require the solution of complex mathematical equations to confirm transactions.”

This makes them representative of the ideals of independence from legacy financial systems embodied by  the creator of the first cryptocurrency,  Bitcoin's Satoshi Nakamoto.

The Ouroborous Protocol is the engine behind Cardano’s decentralization. It is unique in that it utilizes “Proof of Stake” to establish confirmation of transactions.

Unlike Bitcoin, it does not require the solution of complex mathematical equations to confirm transactions. It relies on the vote of “stakeholders” to verify the authenticity of a transaction.

The stakeholders are individuals or organizations that hold Cardano’s native currency ADA. “Proof of Stake” is thought to be not only friendlier to the environment, but more sustainable and adaptable to the challenges facing cryptocurrency down the line.

The credibility of a cryptocurrency project is largely linked to the reputation of the people/team behind it. The Cardano team is one of the largest and most talented in the entire blockchain industry.

The credibility of a cryptocurrency project is largely linked to the reputation of the people/team behind it. The Cardano team is one of the largest and most talented in the entire blockchain industry.

“The Cardano team is comprised of some of the world’s top computer scientists, academics, and financiers.”

It is comprised of some of the world’s top computer scientists, academics, and financiers. There are three major groups behind "Cardano." Namely, The Cardano Foundation, Input Output Hong Kong (IOHK) and Emurgo.

Let's take a look at each one.

The Cardano Foundation is a Switzerland based non-profit organization.

Some of the key functions of this foundation are to focus on increasing adoption of Cardano, to address legal and commercial standards, facilitate partnerships, ensure accountability of stakeholders, and to grow the Cardano community globally.

The founder of Cardano, Charles Hoskinson, is the driving force behind IOHK. IOHK is the heart and soul of Cardano. Its development team have pioneered new quality standards in the development of cryptocurrency platforms.

By employing formal method programming languages such as Haskell, IOHK engineers are making Cardano more robust, accurate, and stable than existing cryptocurrency platforms. The majority of the work completed by IOHK is submitted for “peer review” by the most prominent academic and industry leaders in the space.

IOHK holds the contract to develop the Cardano platform by the end of the year 2020 with no plans to go anywhere should the stake holders vote to keep them on the project.

Emurgo is the for-profit arm of Cardano whose main mission is to grow the Cardano network by developing new commercial ventures. It will play a key role to enhance the adoption of Cardano by investments in projects which utilize the Cardano platform. They are also responsible for building commercial partnerships for the promotion of Cardano.

The Future of Cardano (ADA)

One of Cardano’s biggest criticisms is the lethargic pace at which it is being developed. While other platforms like Ethereum, EOS, and NEO have hundreds of applications running, Cardano has recently launched a test net and has plans to roll out their main-net in the next several months.

“ Cardano has recently launched a test net and has plans to roll out their main-net in the next several months.”

Cardano founder Charles Hoskinson (a co-founder of Ethereum) defends his platform’s slow pace by pointing to the myriad bugs, hacks, and other inefficiencies that a rushed development schedule has caused in other platforms.

Some of these mistakes have resulted in millions of dollars of funds being lost due to exploits by hackers which may have been avoided if more time had been taken during the development process. Cardano emphasizes stability and security and the general idea behind their approach is quality over quantity.

Still this cautious approach has caused some community members to lose faith and doubt that Cardano will ever deliver a fully developed product. But with the scheduled release of several major milestones over the next few months those worries may be dispelled and Cardano’s critics silenced.

“If Cardano can deliver what it promises, it will be a truly revolutionary addition to the cryptocurrency space.”

If Cardano can deliver what it promises, it will be a truly revolutionary addition to the cryptocurrency space. A platform that is secure and stable enough to run entire economies and enterprise level financial systems.

Cardano price is currently hovering around .03 cents per ADA. This is down from it’s all time high of over a dollar. For many who have stayed loyal to Cardano and have held on to their ADA, or even accumulated more during the downswing, the future could be bright indeed.

It remains one of the most undervalued cryptocurrencies on the market. The future holds a lot of promise for Cardano but only time will tell, and many believe that time is running out.

And remember, CryptoVerrified.com is always here to help you survive and thrive in this new and exciting space! We have an awesome ​FREE Crypto Guide and toms of resources at our crypto blog.

You might also enjoy our article: How To Safely Buy Bitcoin

10 Best Cryptocurrency Books to Read in 2020 and Beyond